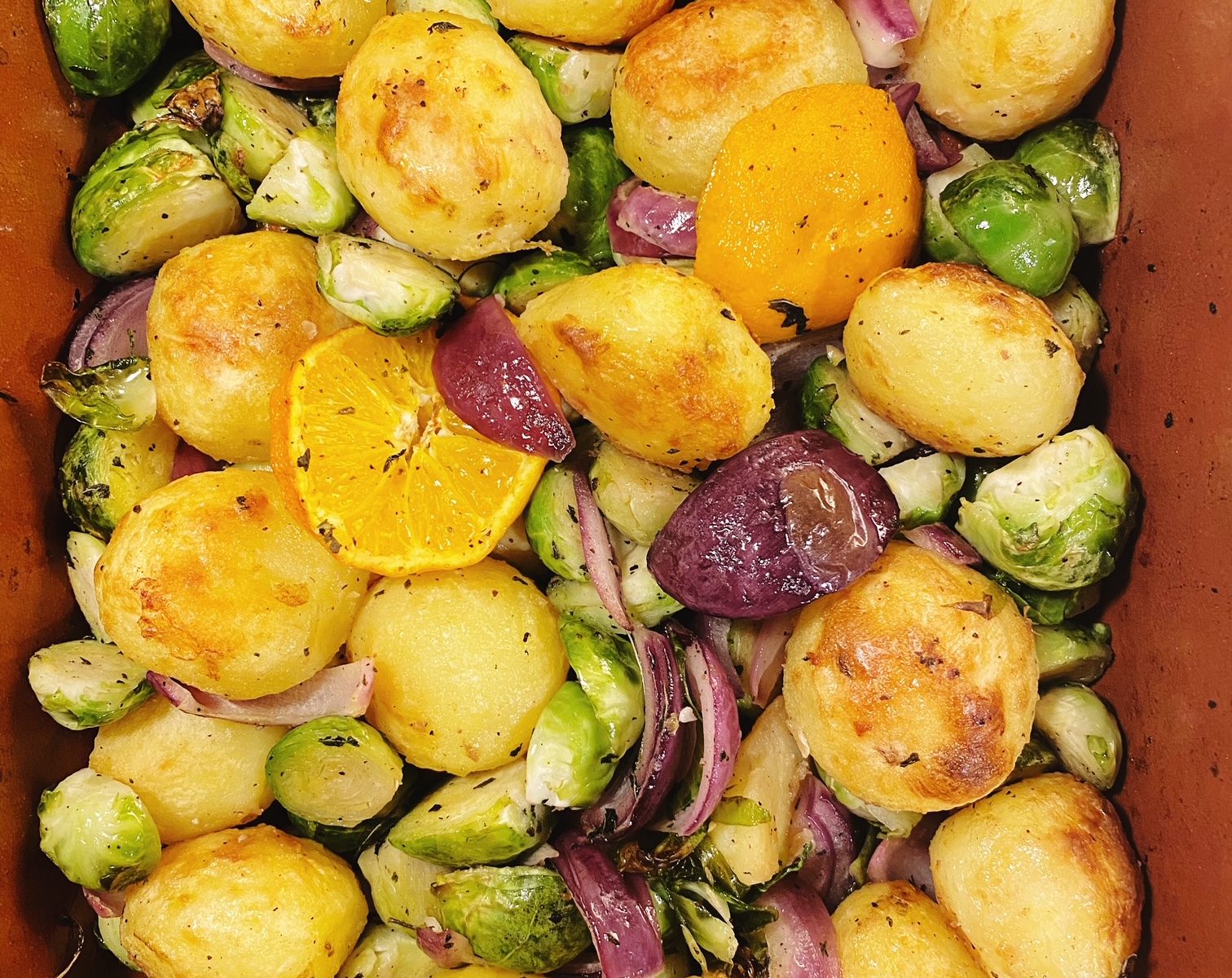 This is my favourite way to make really Christmassy roast potatoes. When the oven is full for a big roast dinner, it’s a great way to double up in one dish too. Brussel sprouts are best when roasted or sautéed rather than the traditional boil and flavouring them with red onion, sage and clementines just screams Christmas! Don’t forget to save the potato peels and make crisps! There’s a lot of flavour, nutrients and fibre in those organic peels.