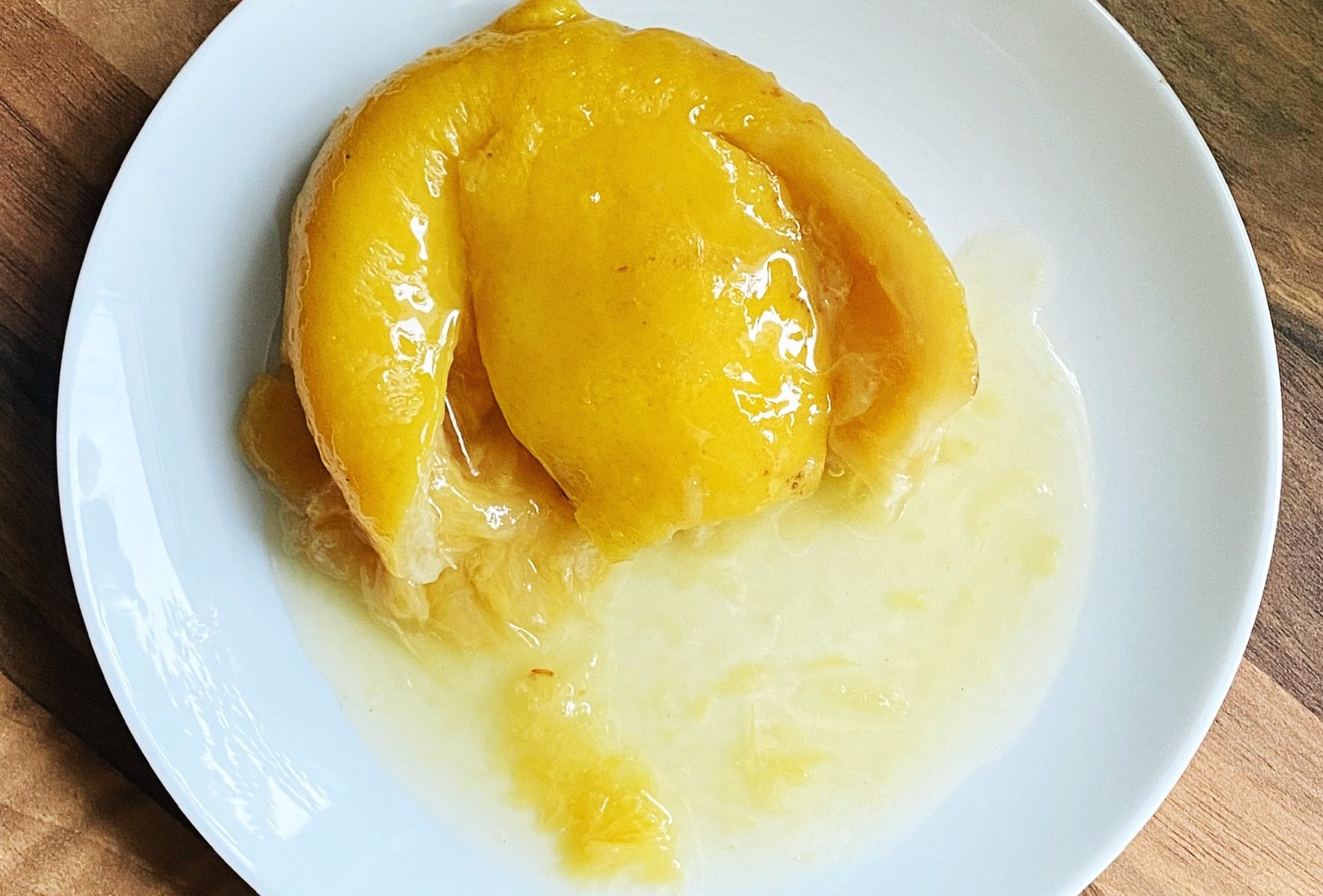 Preserved lemons are a very North African/Middle Eastern thing and so go well in tagines, whizzed into hummus and blended into spice pastes or marinades. They are absolute flavour bombs and once you get a taste for them you’ll be hooked. Luckily they are cheap and easy to make yourself. Apart from the stunning flavour, what I really love about them is that they are a great example of compleating (a waste free principle of eating the whole fruit/vegetable). The rind of the lemon softens during fermentation and is then the best bit! Although don’t waste the flesh and the liquor, all that can be used to pep up dressings, risottos, soups, stews…anything that needs some salty, lemony goodness.

Here’s a quick video explaining the process, it’s one of those recipes which is easier to learn through watching. Liz x

Rinse the lemons and prepare a clean chopping board, knife, tablespoon and large jar. They don’t need to be sterilised, but make sure everything is well cleaned and rinsed. Clean your work surface well too.

Slice the ends off a lemon (just a small sliver from the end that was attached to the tree, and the other end if it looks like it needs it. If it’s fresh and in good condition then just leave the bottom end on) then cut a deep score into the lemon about 3/4s of the way down.

Stuff the lemon with a tbsp of salt and press it firmly into the jar using the rolling pin to help.

Repeat until you have filled the jar or run out of lemons.

There should be enough juice in the lemons to create a brine to cover them all when pressed down. If not, add some extra lemon juice.

Weigh down the lemons under the brine using a small glass or a glass weight. Then add an optional layer of olive oil to float on top of the lemons and seal them from exposure to air.

Put the lid on (I like to make sure my jar is full enough so that the action of putting the lid on top of the weight pins down the lemons under the brine) and place the jar on a shelf at room temperature to ferment for 4 weeks.

During the first week of fermentation you may notice bubbles forming. Just open and close the lid to release any gases that have formed. Keep an eye on the jar and if any lemons start to rise about the brine just push them back under and re-arrange the weight.

After 4 weeks you should notice a change in texture, colour and aroma. They are done. Keep the jar in the fridge and use within a year.

For ease of use, you could purée the fermented mixture in the jar and then just take out a spoon or so to add salty lemony flavour to many dishes.