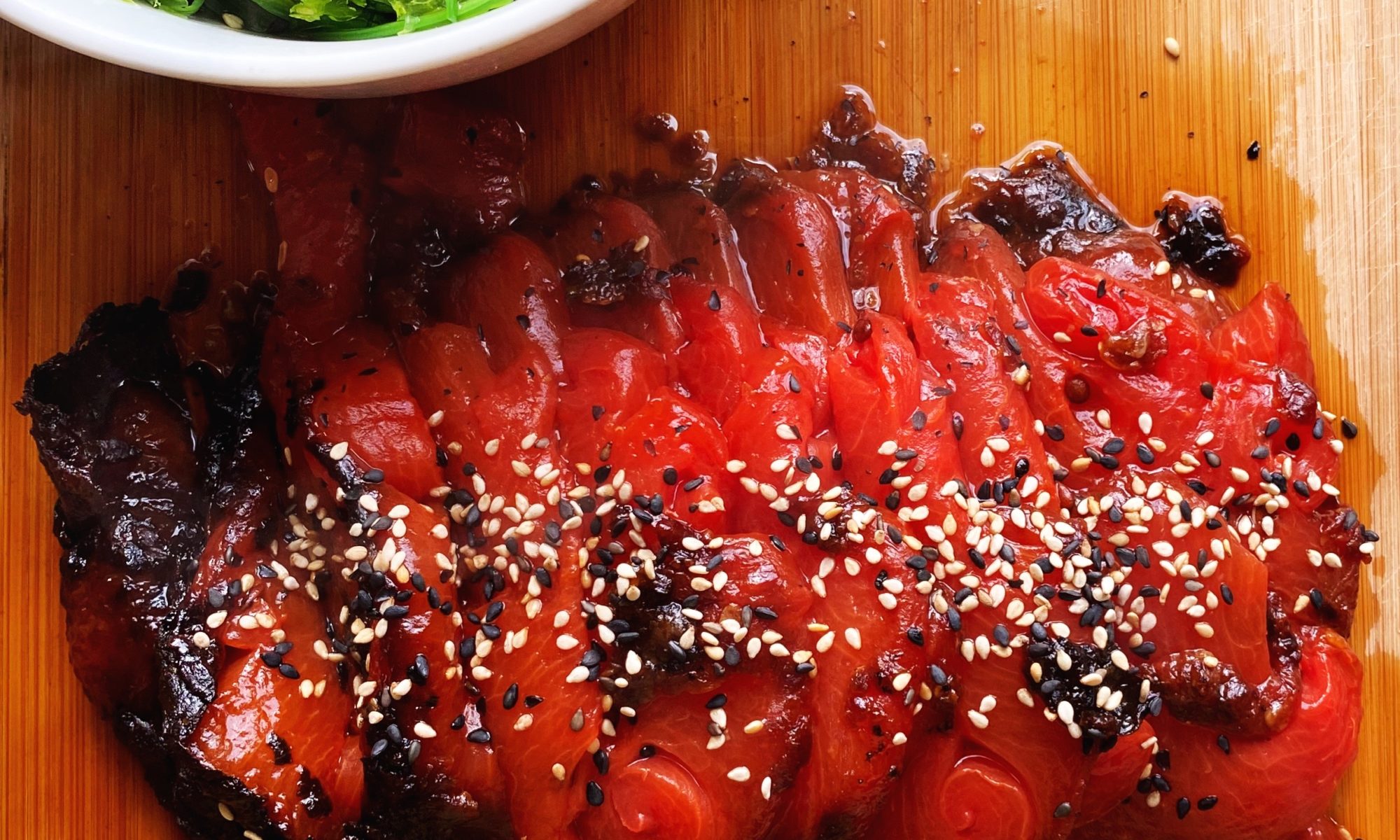 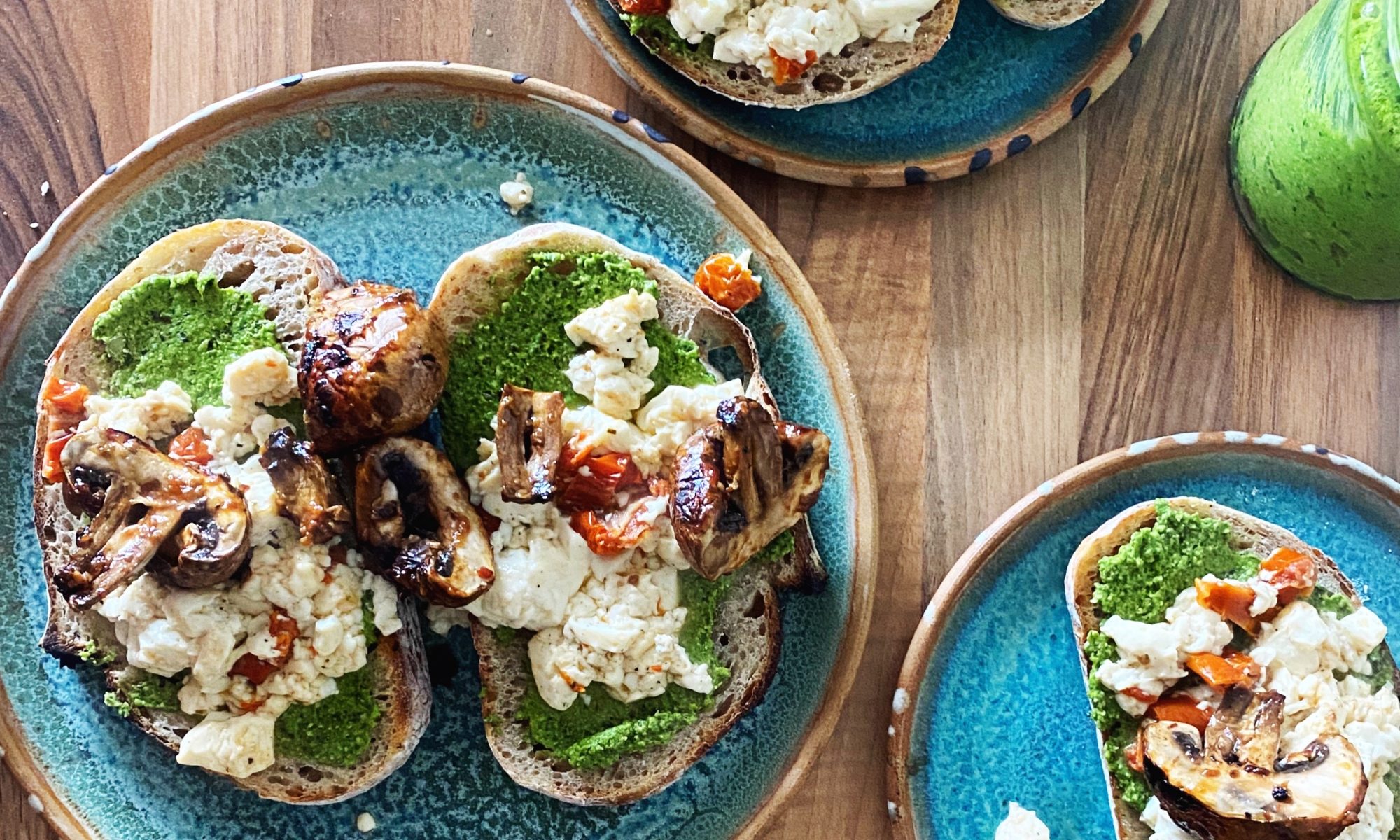 Weekends are for brunching and here is one of our favourites. The combination of fresh, vibrant green pesto, soft, wobbly scrambled tofu and juicy, umami mushrooms is just perfect!

You can make your own pesto very easily if you have a food processor or blender – I used my kale and pumpkin seed pesto that I’m making on repeat this time – or you can of course use a ready made one for ease. We sell a few organic jars of pesto in the grocery section of our shop. The scramble is simply a gently sautéed pack of organic silken tofu seasoned with salt, pepper and some chopped sun-dried tomatoes. And those gorgeous, meaty mushrooms are marinated with our new packs of umami paste then grilled.

What’s your favourite brunch? Are you a sweet or savoury person? Let us know in the comments. 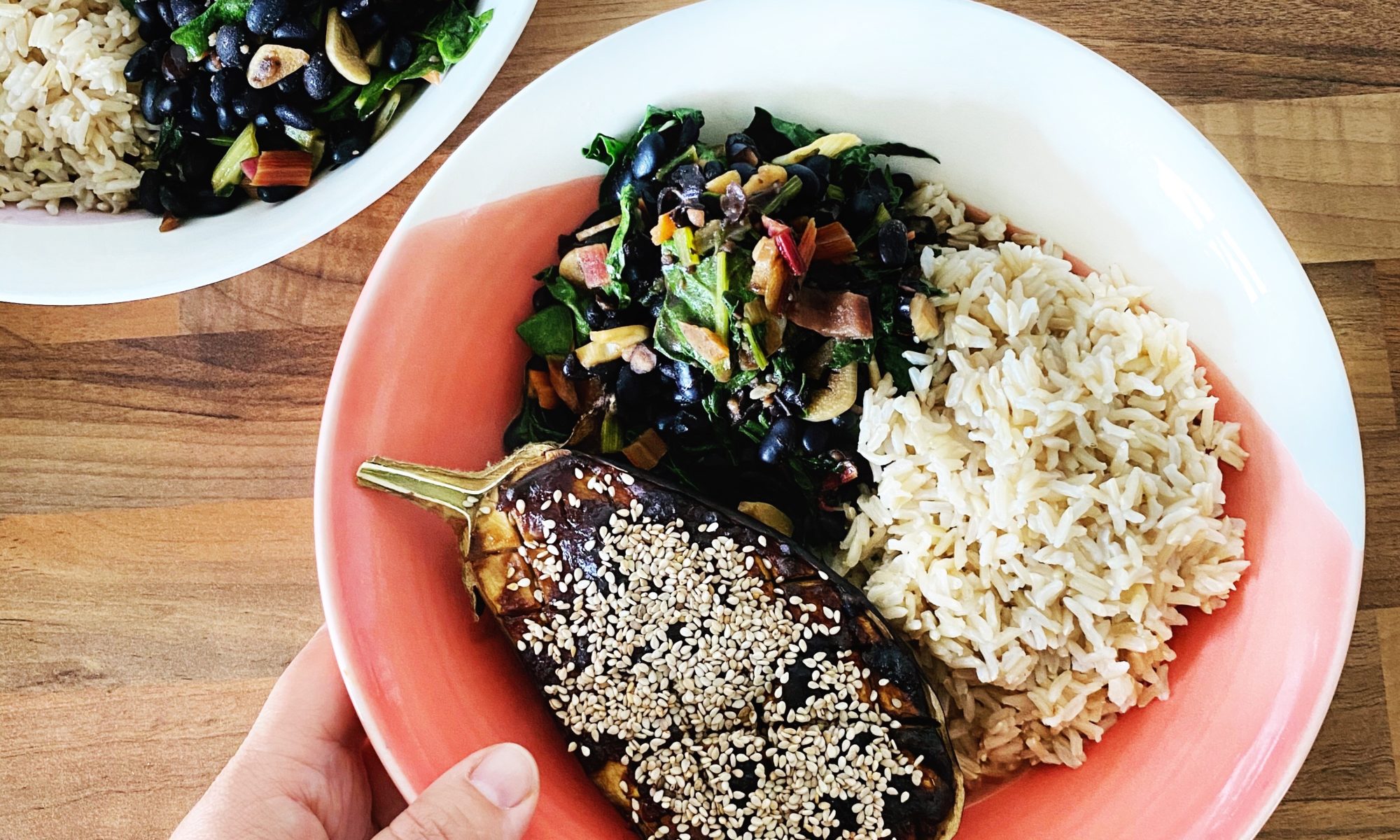 We have a new product in our grocery section that is absolutely delicious. These sachets of umami pastes which are basically organic miso with added ingredients like ginger, garlic and chilli. They are flavour bombs and we love them as a marinade for aubergine in this simple, hearty supper. The paste can be used to marinade skewers of tofu and mushrooms for the barbecue too, or even as a stunning broth base for a light miso soup. How would you use them?